Ashot Zohrabyan 's music (born in1945 in Yerevan, Armenia) is a synthesis between serial techniques taken from Webern or Boulez and the micro-tonality of Ligeti. Mixing western writing with traces of oriental influences, his compositions exhibit impressive rhythmic investigations while remaining in a very melodic and poetic vein. String Quartet No. 1 "Narcisse" (1984) is a serial tour-de-force, bright with glissandos and textured dynamics. The style is freely heterophonic, with long extended lines that take the place of rhythmic structures. It's intense but never boring or shrill (credit the excellent studio ambience here). Ritual (1993) is for three flutes, one being a large flute in G and another an alto. This piece most resembles Boulez's writing for wind instruments but has none of that composer's unpredictability or his fussiness. Each flute is given coherent but contradictory lines with no regulating rhythmic patterns. It's rather a sound tapestry, pure color. Parable (1992) is for 13 instruments and makes use of opposing timbres in the winds. A curiously moderating tonality taken up in the strings lends the work a soft, meditative character.

In Serenade (1982), the strings provide cohesiveness to an otherwise clashing grouping of instruments that take up the traditional harmonic lines. Here, Ligeti's influence clearly makes itself felt. Some lines are decidedly pointillistic, conjuring the micro-intervallic techiques used by Dutilleux and Lutoslawski. Finally, Boomerang Games Book I (1973) is for nine instruments with the piano taking the lead role of advancing the work's thematic ideas. By this time it's apparent that Zohrabyan is very much his own person: Boulez, Webern, Stockhausen, et. al. are nowhere in sight. Rather, we can hear Zohrabyan's ideas as fresh and vital--a stirring jolt of energy delivered to the fading body of pure serialism. 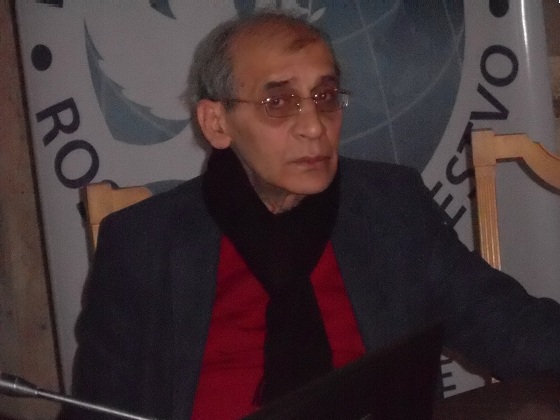